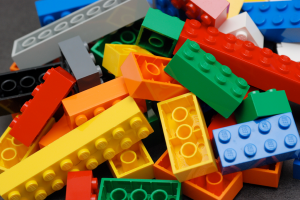 There are many definitions of co-production of knowledge, a term that is not new yet has recently climbed agendas to become a buzzword in the research and development world. Co-production means collaboration between researchers from different disciplines, policymakers and people affected by the research to jointly identify issues, suggest solutions and implement them. It is based on the idea that all sources of knowledge are equal and everybody involved in or affected by the research has a say in the matter.

In our project, Pathways to Equitable Healthy Cities, co-production is about researchers and local partners engaging with each other to share their respective knowledge and create new ideas, methods and frameworks to address issues of urban health. More specifically, we have defined co-production as the interactions, learnings and contributions of multiple knowledge sources and capacities from different partners spanning the science–policy–society interface. Co-production has the goal of creating new, jointly generated knowledge that is more relevant, equitable and well-suited to inform equitable urban health.

I am a social scientist with a background in co-production and have been working in developing countries in East and West Africa for the past six years. However, this is the first project I have encountered that has put co-production at its core. The core of the Pathways project is in fact to co-identify urban health priorities with local actors and create an open, two-way dialogue to support policy options for building future equitable healthy cities.

Why should we engage in co-production?

Focusing on networking with policymakers and communicating with researchers of different backgrounds, institutions and disciplines has a lot of challenges: do we speak the same language? How can we be sure that we are aiming for the same outcomes? Do we have the same goals? Do we all get something out of doing it? Moreover, most of the grey and academic literature on co-production emphasizes that it is consuming in both time and resources. So why should we do it?

Because it is a time consuming, non-linear and often frustrating process, it is essential to reflect on existing scholarship and local context to avoid co-production becoming an end in itself and researchers should focus on where and how to engage in co-production to ensure long-term, sustainable outcomes.

Despite the challenges, recent experiences from projects I was recently involved in indicate that iterative engagement with local partners (government, traditional authorities, community leaders…) leads to a greater uptake of research results. In my experience as a social scientist, researchers who have integrated constant engagement with societal partners in their routine have gained visibility and professional development opportunities. Similarly, decision-makers and local actors who have had the opportunity to put forward their issues and knowledge have proved to be keener to create policies in line with the science they have co-produced.

If carried out sensibly, co-production leads to better research and better science, because it accounts for more voices, interdisciplinary factors and diverse sources of knowledge. It has the potential to lead to more equitable outcomes, thereby increasing the chances of local actors being able to take it up and use it efficiently.

Co-producing knowledge in the Pathways study

Based on a recent collaboration on the Future Climate For Africa – African Monsoon Multidisciplinary Analysis 2050 project on producing and conveying useful climate information,  our co-production approach in the Pathways study will be based on a modular construction made of building blocks as co-production steps. It will combine flexibility (to rearrange the blocks), robustness (when the blocks come together), few regrets (as the structure can be rearranged) and equitability (avoiding shifting issues or risk from one category of people to another).

Any actor, at any point of the project, can start engaging in co-production by picking up a block and using it as their foundation. Over the course of the project, more blocks will be added and joined together in a strong, composite structure. Also, while initial face to face interactions are key, researchers and policymakers will integrate co-production in their daily work, ultimately becoming drivers of change.

Going from usable to used science opens entry points for transformation and, in the context of the Pathways study, it will help answer the core question of “what would an equitable healthy city look like?” while linking research interests to locally identified priorities and anchoring researchers’ projects to issues identified by people at risk.

How did we start co-producing in the Pathways study? 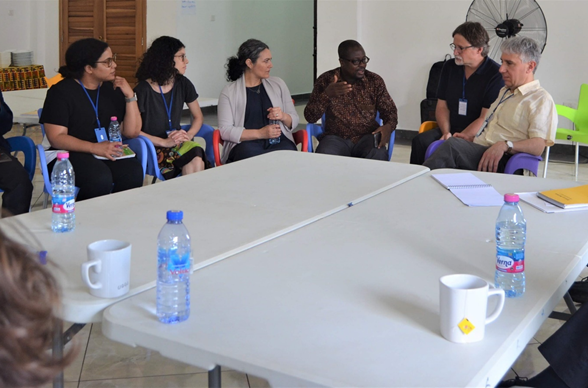 During our first annual meeting in Accra, Ghana, in May 2019, we had the opportunity of hosting several representatives of Accra’s Metropolitan Assembly, Ghana Statistical Service and the NGO People’s Dialogue. Instead of having (a sheer number of) researchers asking questions, we asked the teams to listen to what these societal partners had to say, while informally sitting around tables in small groups. We only set three rules: listen attentively, speak honestly and no note taking! The second part of the session saw the groups merging to widen the discussion, share key points and agree on key urban health priorities to see how much the project was currently aligned with the city’s needs.

This was a short session, yet it had the merits of starting a process of open, two-way communication; it started addressing the extractive nature of research and putting the co- into co-production by asking societal partners to tell their story. We got interesting and positive feedback from the session: researchers appreciated the time spent listening and policymakers were encouraged by the opportunity to tell their stories and influence the project. 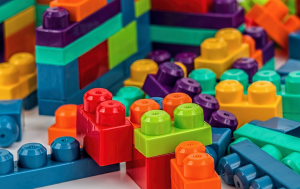 Since the Accra meeting, our team has been reflecting on how to continue the process, how to support partners so that they can engage in co-production effectively, how to document challenges, opportunities and lessons learned and how to analyze the data.

We have decided to focus on one city at a time starting with Accra to build on our initial contact with the stakeholders. We are planning a second meeting in October where we will invite societal partners and researchers to look at issues, networks of actors and changes needed to address them.

In the meantime, to broaden our understanding of co-production, we are setting up a regular scan of social media, online media and local newspapers around keywords on urban health in Accra. We hope that this research can lead to a greater grasp of the context, not just in policymakers’ opinions or communities’ priorities but also in the way media relay messages and influence society.

In parallel, we are aiming to support ongoing engagement work in our other focal cities (Dhaka, Beijing, Vancouver and London) to identify key points where our support could be useful. This continuous engagement and single city focus will allow us to have both breadth and depth, while aiming for methodologies, tools and frameworks that can support comparison across the project cities. We will also document how researchers collaborate with each other in the Pathways study to support a better integration of frameworks, methods and knowledge.

The inclusion and integration of multiple actors’ knowledge, their inputs and context has the potential to increase the uptake and ownership of the research outputs. If carried out as a sensible, flexible and context-specific process, co-production will provide an opportunity to greater mutual understanding amongst all actors involved in the Pathways study, creating a strong foundation for more impactful outcomes.